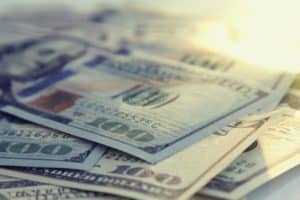 A recent decision by the Hawaii Supreme Court, Arthur v. State of Hawaii, No. SCWC-13-0000531, 2016 Haw. LEXIS 155 (June 27), has reduced the burden on subcontractors who are drawn into litigation against a general contractor. Every subcontractor who is being asked to pay the legal fees of a GC in ongoing litigation should discuss with their attorneys what this decision means for them.

What has made this particularly burdensome for subcontractors is a nearly 20-year-old decision by the Hawaii Intermediate Court of Appeals, Pancakes of Hawaii Inc. v. Pomare Properties Corp., 85 Haw. 286, 944 P.2d 83 (App. 1997). In that case, the court held that duty to defend in the indemnity clause acted just like the duty to defend in an insurance policy. This meant that the indemnifying party—e.g., the subcontractor—had to start paying the defense costs—attorneys’ fees, court fees, expert fees—from the start of the lawsuit.

Relying on that decision, general contractors who were sued would have their attorney send letters to all potentially involved subcontractors, demanding that they start paying the fees and threatening to go to court to get an order requiring the payment if they refused.

In Arthur v. State of Hawaii, the Hawaii Supreme Court held that the rule of the Pomare Properties case would no longer apply to construction litigation. The court based this ruling on a statue in the Hawaii Insurance Code, HRS Section 431:10-222, which applies only to indemnity clauses in construction contracts.

Under Section 431:10-222, an indemnity provision in a construction contract does not apply to any situation where the damage is the result of the “sole negligence or willful misconduct” of the person being indemnified. In other words, if the GC is the only one who is responsible for the damage, they cannot require the subcontractor to pay for it.

The Hawaii Supreme Court reasoned that this statue would apply equally to paying defense costs, as it would to paying for the actual damage caused. The court further reasoned that, until the cause of liability was established, it could not be determined who was at fault.

As a result, it held that in construction cases, in order to carry out the purpose of the statute—which was largely to protect small contractors and subcontractors from undue expense—defense costs would not be determined until after the litigation was concluded.

Any subcontractor who is being asked to pay fees while the litigation is going on, or who is already paying these fees during a litigation, should make sure their attorney is aware of this case.

The news is not all bad for general contractors. This same rule applies in any case where an owner or developer is sued and then seeks to have the GC pay its attorneys’ fees.