Holding On to Sub-Bids 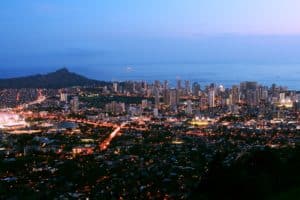 Hawaii law limits the types of work that can be done by a general contractor. Under Okada Trucking v. Board of Water Supply, 97 Hawaii 450 (2002), general contractors must retain subcontractors for all work not automatically included in their A (engineering) or B (general building) license unless they also have the appropriate C (specialty) license.

A general contractor rushing to put together a bid may be taking sub-bids from many potential subcontractors, at the last minute. However informal the process may be, the general contractors relies on those bids being honored, if it is awarded the contract. Although the Hawaii courts have not ruled on the issue, courts in many other states provide some comfort to general contractors by adopting a rule that

subcontractors have to honor their bid, at least for a reasonable period of time, because they know that the general contractor is relying on it. This is known as the doctrine of promissory estoppel.

However, a general contractor can lose the benefit of this rule – and lose a beneficial low bid – if it fails to properly accept the sub-bid. For example:

Bid-Chopping: if the general contractor attempts to induce a bidder to lower its bid by threatening to go with another subcontractor or otherwise pressuring him or her for a lower price, this can also lead a court to dismiss a general contractor’s claim of reasonable reliance.

In addition, the sub-bid is considered to be an “offer” under contract law. To form a contract, the offer has to be accepted. An attempt to obtain a lower price could be deemed a counter-offer to the subcontractor, and a counter-offer is legally a rejection of the offer contained in the sub-bid. An offer, once rejected, does not need to be honored.

An offer needs to be accepted according to its terms. This also applies to sub-bids. If a general contractor includes in its proposed written subcontract terms that are different, unusual or unreasonable, this may again be considered a counter-offer, and hence a rejection. In public works projects, this has been known to happen when the general contractor uses a form that has significantly different terms from those in the standard form used by the government or attached to the government’s bid solicitation.

Other instances include cases where the written subcontract agreement required the subcontractor to carry significantly more liability insurance than was typical, or used a schedule that was accelerated beyond the schedule in the prime contract.

If you are a general contractor who has just been awarded a contract, you need to carefully weigh the benefits of securing a lower bid with the possible detriment of losing the low bid you have in hand. Any approach to the subcontractor will need to be carefully worded, so as not to constitute a counter-offer.

You may also want to provide a form of subcontract to potential sub-bidders, particularly if you have not actually contracted with them before.

If they are aware of what your standard terms are, or of any special terms that you intend to use with respect to a specific project, they will not be in a position to argue that these terms are so unusual or unexpected that they should be permitted to withdraw their bid.